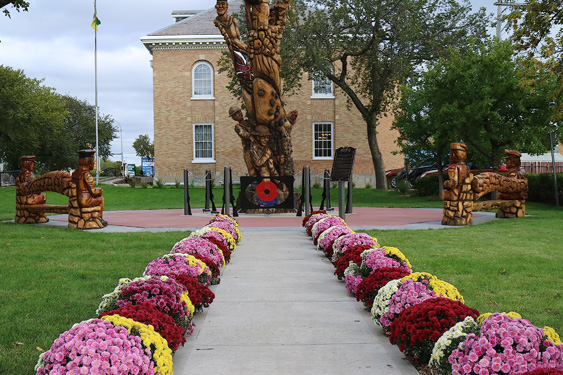 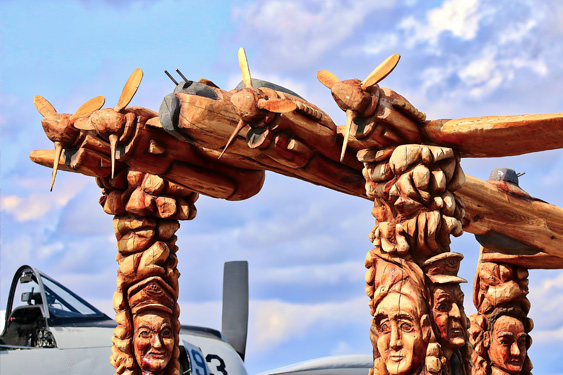 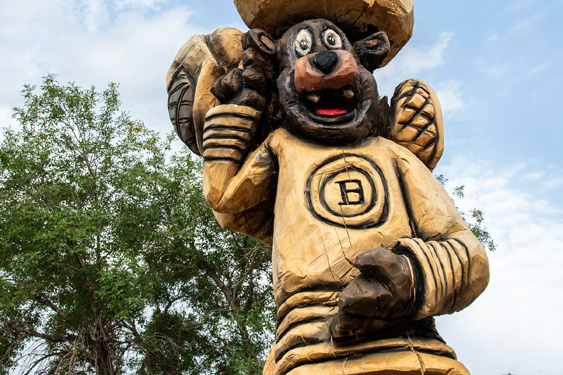 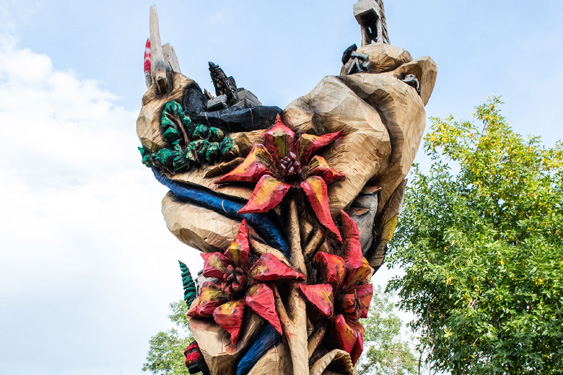 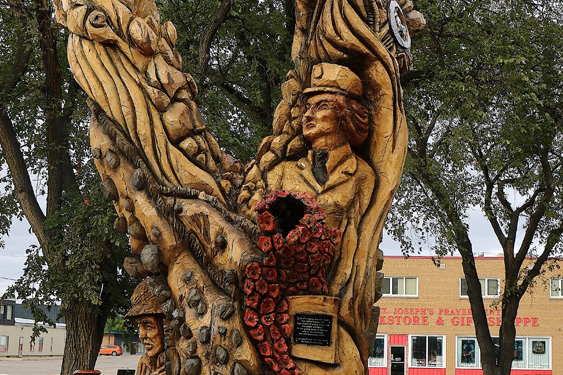 Carvers have created sculptures that, instead of being confined to an art gallery, are right out on public streets.

From tree stump to concept drawing and the final carving, it takes about 4 weeks to transform the tree into a sculpture. About 95% of the carving is done with chainsaws ranging in size from large blocking saws to delicate carving saws. Detailed finishing work is accomplished with chisels and power rotary tools. The Artwork is usually painted or stained and then coated with automotive polyurethane enamel to preserve the wood against the weather.

Darren Jones, carver of Cab Studio has numerous carvings scattered throughout the city.

The Estevan Soldiers’ Tree is a monument dedicated to the men and women of the Canadian Armed Forces who have laid down their lives in the service of their country. The Monument also pays tribute to members of the military who have served, serve today and will serve in the future.

Sculpted entirely by chainsaw, the 102-year-old cottonwood tree was transformed by carver Darren Jones, and placed outside of Estevan’s Courthouse in the summer of 2016.

In 2019, Darren was commissioned by the City of Estevan to carve two more trees that depicted the City of Estevan. Both are located on the 1200 Block of third street. One tree is inspired by industries that make up the economy; Oil Derrick, dragline and shovel, SaskPower Boundary Power Station, farming and crops and a gas wellhead with the Souris River and trees running throughout. The other is recreation and community themed, swimming, hockey, curling, football items were carved to showcase Estevans’ rich competitive city.

The Forever in the Clouds monument is to commemorate members of the Royal Canadian Air Force who, in 1946, were on their way back from Minot, ND, when their transport plane crashed in the northwest corner of the landing field, killing everyone on board. The group of pilots’ job was to return aircraft back to Canada that were on loan to the United States.  The monument sits at the Estevan Regional Airport.