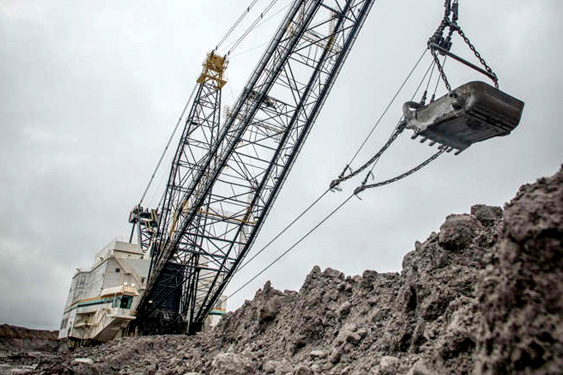 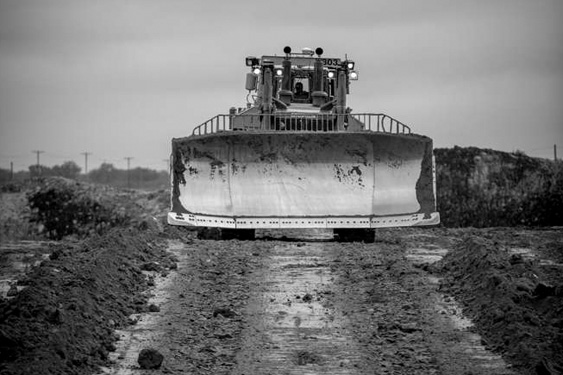 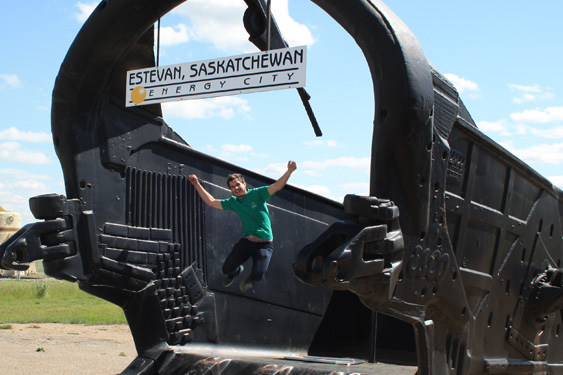 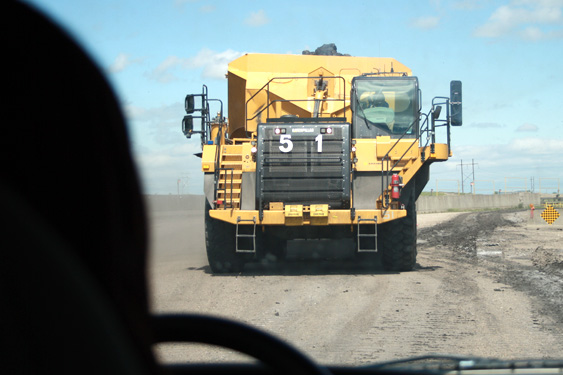 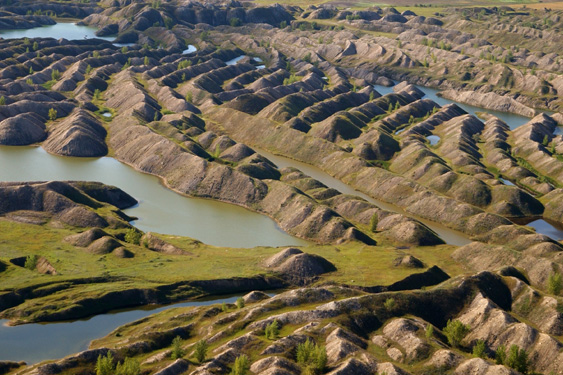 A drive around the area gives you great views of magnificent machinery. Pull over along many roads to watch draglines mining coal.

Over the years, many methods have been used to mine the coal of this area. The earliest mining involved digging the coal from seams that were exposed on the sides of the valleys. Evidence of these first mines, called gopher mines, is provided by the many ground depressions on the valley edges.

As operations became larger, horses pulling scrapers were used to stop the overburden from the coal seams. This is demonstrated by the flat spoil piles on the north side of the road. This method of mining was shallow. The topsoil was removed first and buried under the subsoil, so there is little vegetation.

Large steam shovels were later used to remove the overburden. These shovels worked while sitting on the coal seam so stripped overburden from the bottom up. Consequently, the thin layer of topsoil was either removed the last and piled onto the of the overburned or mixed with the soil. On spoil piles of this type, vegetation has established itself to a greater degree.

Draglines eventually became the common machine to stop the overburden. Over the years, they have increased in size to the point where the giant bucket will hold a huge truck. These large buckets allowed faster stripping and to greater depths. The draglines worked at groud level and dug down into the earth, removing the topsoil, first buying it with the sub-soil. Vegetation has found it challenging to establish itself on this type of spoil pile.

The spoil piles form many little ponds that are deep enough to be stocked with fish. Popular species are lake trout and splake, which winter well under normal conditions. Many hours have been spent by avid fishermen in the piles.

The old spoil piles in the Roche Percee valley have become a haven for wildlife. White-tailed deer, badger, mink, weasel, gopher coyote and fox abound. Birds are also drawn by the abundance of shelter, food and water. Watch for Swainson hawk, blue heron, bittern, owl, mourning dove and many other species. There are no poisonous snakes so feel free to leave your car and explore. You may see a local ranchers herd of bison. On midsummers evening, you may find the spoil piles displaying thousands of the beautiful evening star flowers, which opens its cream-coloured blossoms only at dusk.

Make sure to stop at the pull out on Highway 37, next to the Souris Valley Museum and stand right inside a dragline bucket!