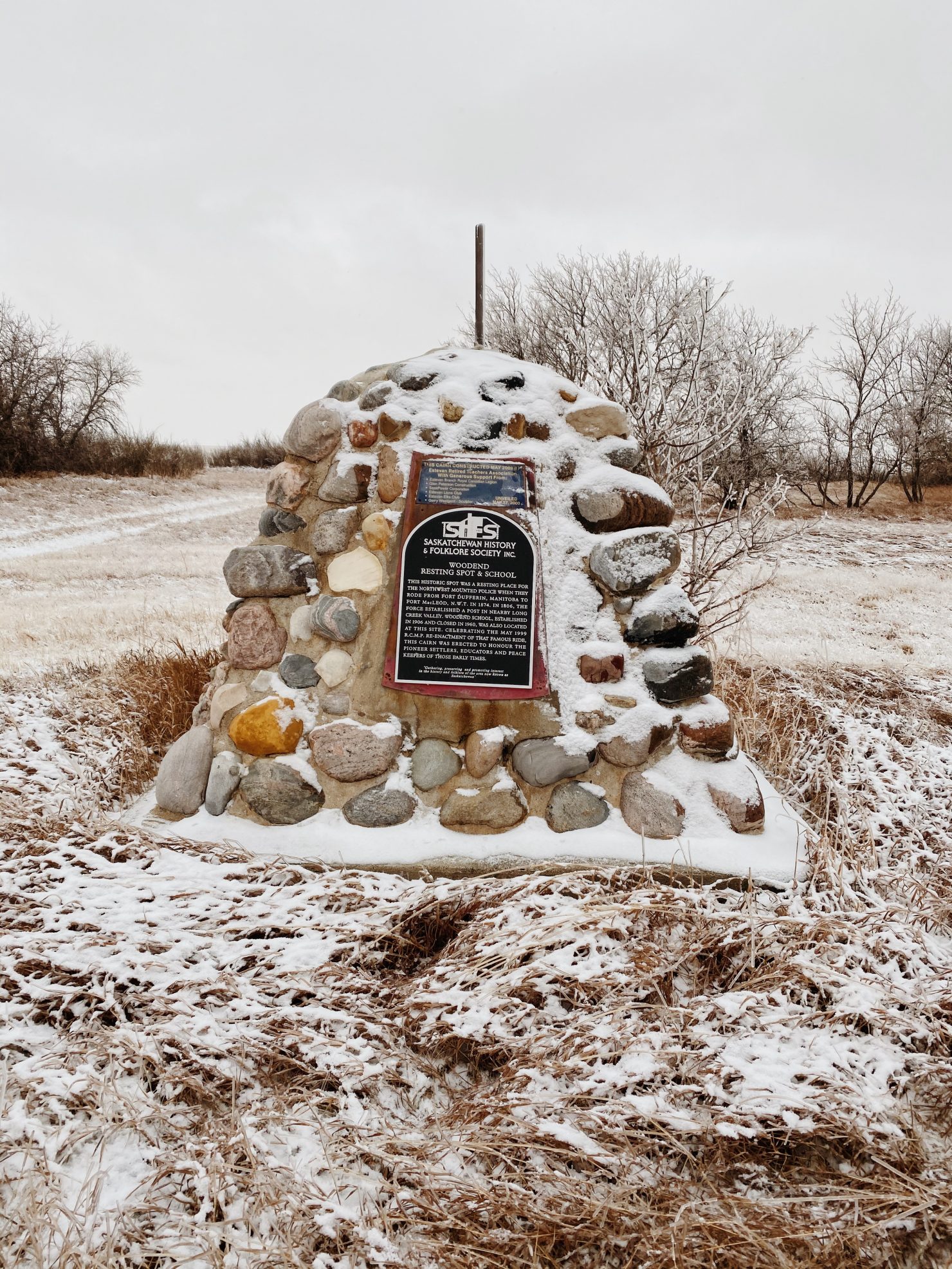 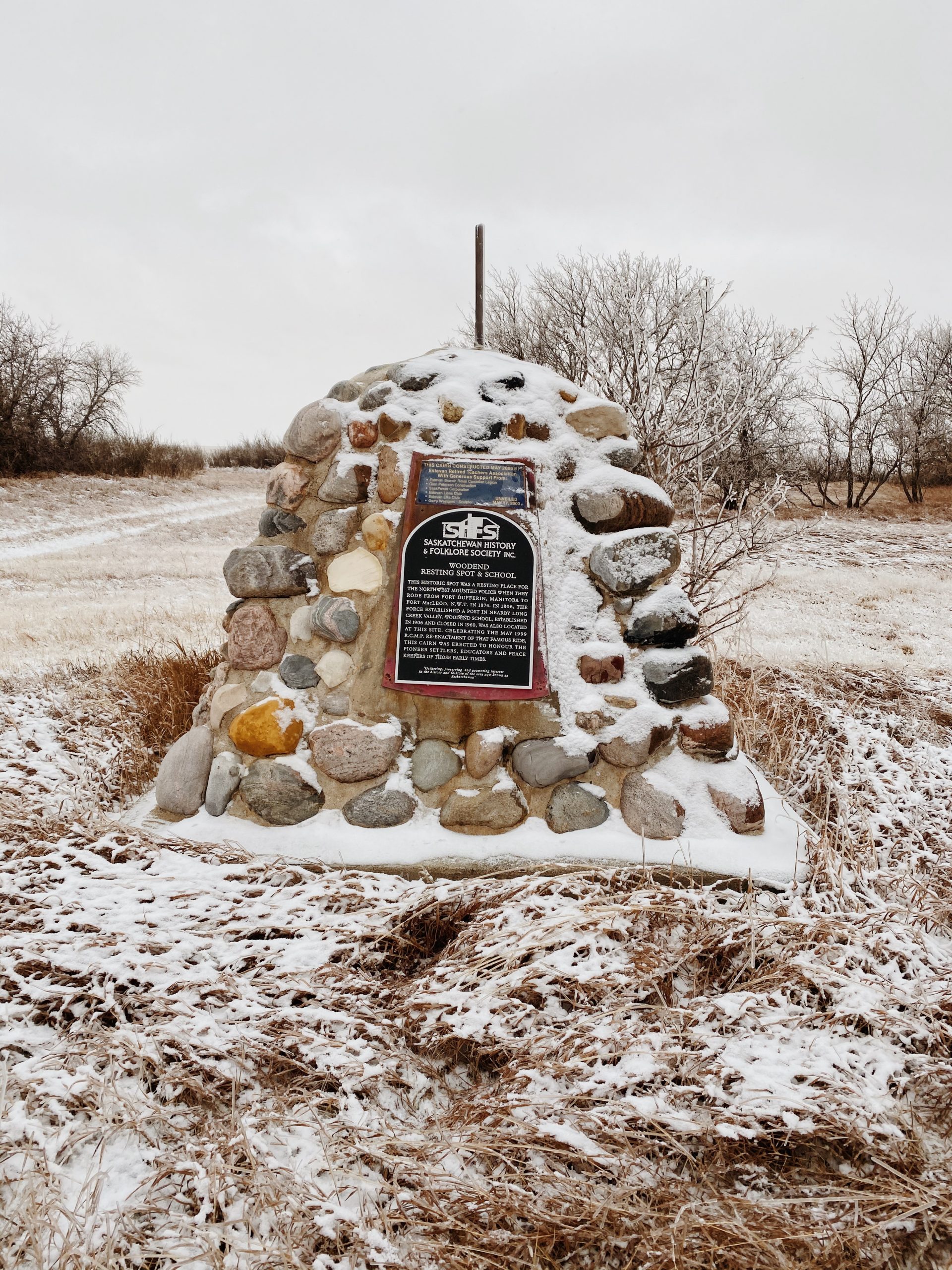 I grew up in the era of “The Sunday Drive”. Many weekends we would all load up in the car and just drive. Often there was no destination in mind, just take a road and see where it leads. See what you see. I remember coming across hidden fields of wildflowers and wild strawberries. We drove past many abandoned farm houses and because it was the lawless 90’s we sometimes even walked around the yard and peeked in windows wondering what life had been like in a different time. (Now that I know better I wouldn’t recommend trespassing on private property). Some roads took us through rolling hills, some to the edge of the North Saskatchewan River and some brought us through small towns we didn’t even know existed. It was one of these drives that took us to an unknown village north of Saskatoon and a charming 100 year old house set on 3 acres barely in town with a full grown orchard. This house became the home where I spent my, in all respects, pretty idyllic junior high and high school years. The village is where I met and fell in love with my husband and it really all goes to show you just never know what may come about from a drive down backroads.

Tourism Estevan has curated a stellar backroads experience and while I can’t promise you’ll meet the love of your life on it I can confirm that it will be a great adventure, that you’ll see things you didn’t know existed and you’ll learn a lot of interesting local history. And have I mentioned that they’ve made all of this available free of charge? Thank you Tourism Estevan! 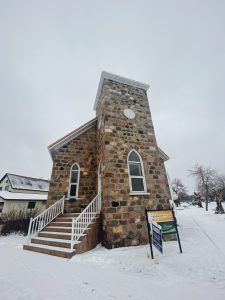 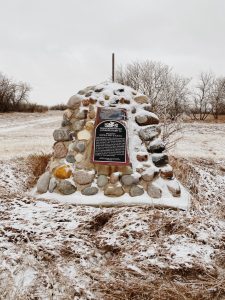 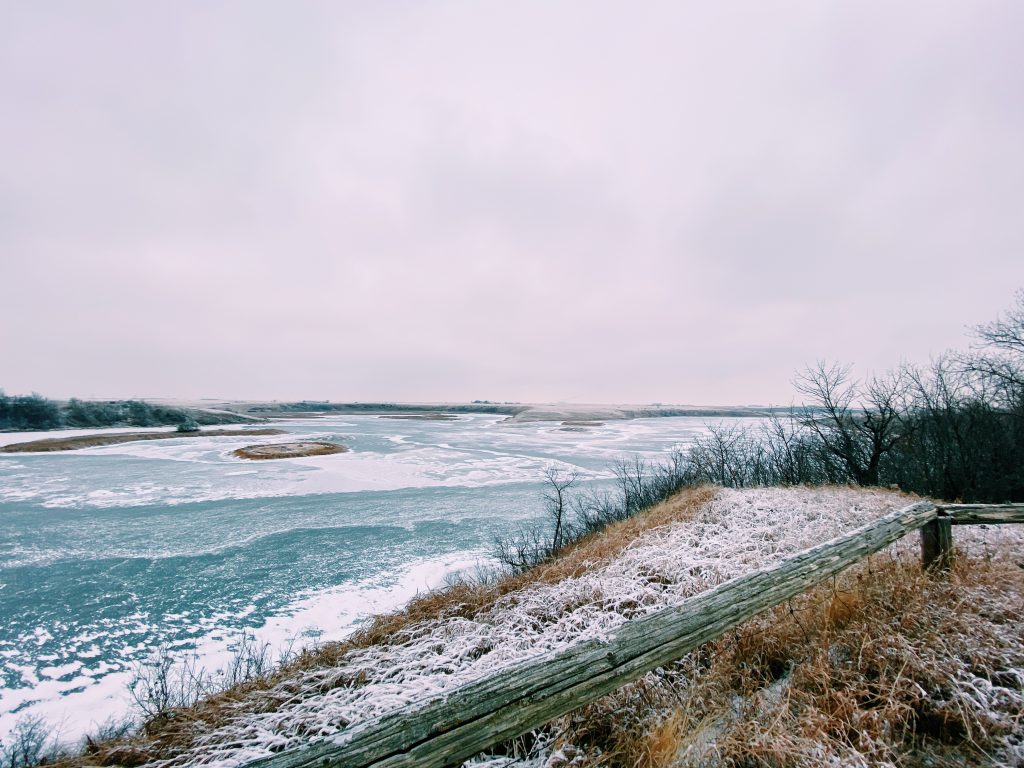 The first thing you’ll need to do to prep for your Backroads Tour is to head to the tour page . You’ll be downloading the app “Tripvia” and from there will click on “Canada” and then “Saskatchewan” and then the Backroads of Estevan Tour. Download the tour to your phone so that you need less data while driving. The app uses your location services (GPS) to track where you are and it will automatically give you directions and narrations about your location so make sure you follow all directions on the app to set up your automatic notifications. 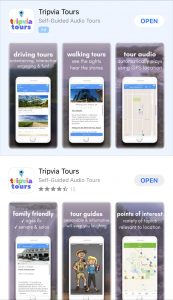 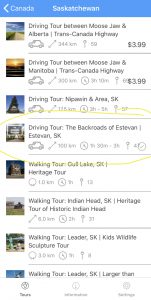 I also recommend a full tank of gas and wearing proper gear for whatever season you’re in. I took one of my favourite adventure buddies (many of you will know her as Mrs.Blackburn) and we geared up in ski pants, heavy coats, toques and mitts so that we were prepared to get out and explore around on the tour and we did just that. (Note: the experience was done before new private gathering public health orders came into effect and with a member of my bubble).

We purposely didn’t look ahead at all to the tour because we thought it would be really fun to just be surprised. If that’s you, read with caution because I don’t want to spoil any of the stops for you! If however you like to know what you’re getting yourself into then definitely keep reading and I’ll try to keep spoilers to a minimum.

Once you navigate to the starting point of the tour the app will take over guiding you. Over the duration of the tour we found the location prompts to be quite accurate. The only time they lagged a bit was when we were in downtown Estevan and I’m guessing that it’s a little trickier to get a precision read there or if it’s a few metres late it makes a bigger difference for turns. While you could totally do this tour solo it was nice having a co-pilot who could reference the map and make sure we were in the right place without me having to pull over.

You’ll start the tour in a bit of a loop through some interesting city of Estevan sites and then head out in a large loop of backroads. I have to say, I have lived in Estevan for 18 years and I feel like I know my way around but there were things even right around the city that I had never seen. For example, do you know what the Prairie Sentinels are? I sure did not. They are such a neat feature with so much relevant symbolism.

Rather than give you a breakdown of the tour stops (because I feel doing that would take away some of the adventure for you) I want to share some of the highlights of the experience. This is a very multi-dimensional tour and there’s a wide range of experiences to be had.

I find history fascinating and this tour weaves local history in so well. Obviously a lot of our area’s past is energy related and they did a great job of showcasing that and it provides a deeper understanding of the industry’s roots. There’s also interesting narratives about the NWMP, the origins of various towns, and riots. Along with history, the tour offers bits of folklore as well. If you are doing the tour with young children you may want to preview the the spooky tales in the Roche Percee and Taylorton stops. Those prompted much discussion in our vehicle and added a fun dimension but you know your kids best and what they can handle. 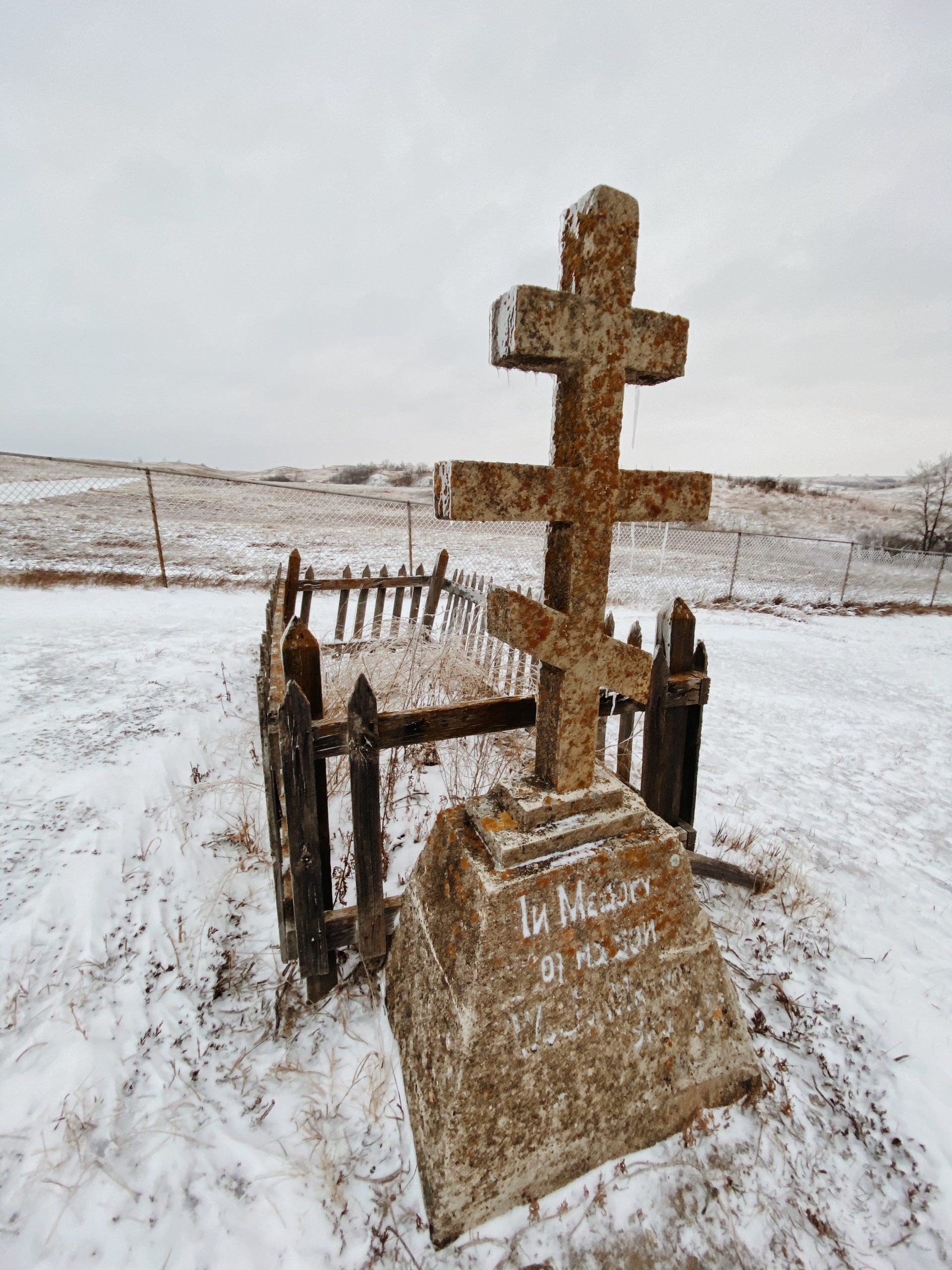 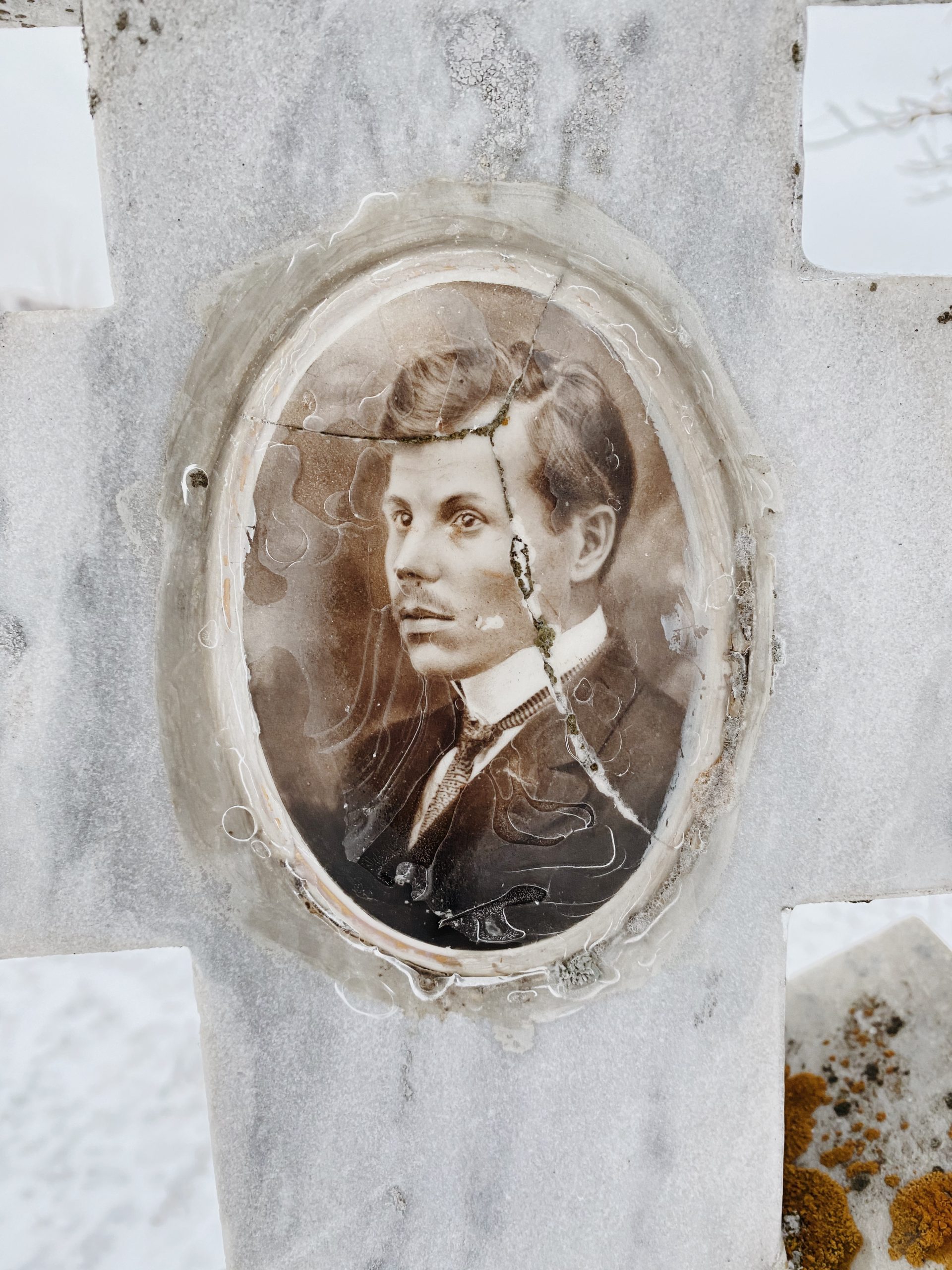 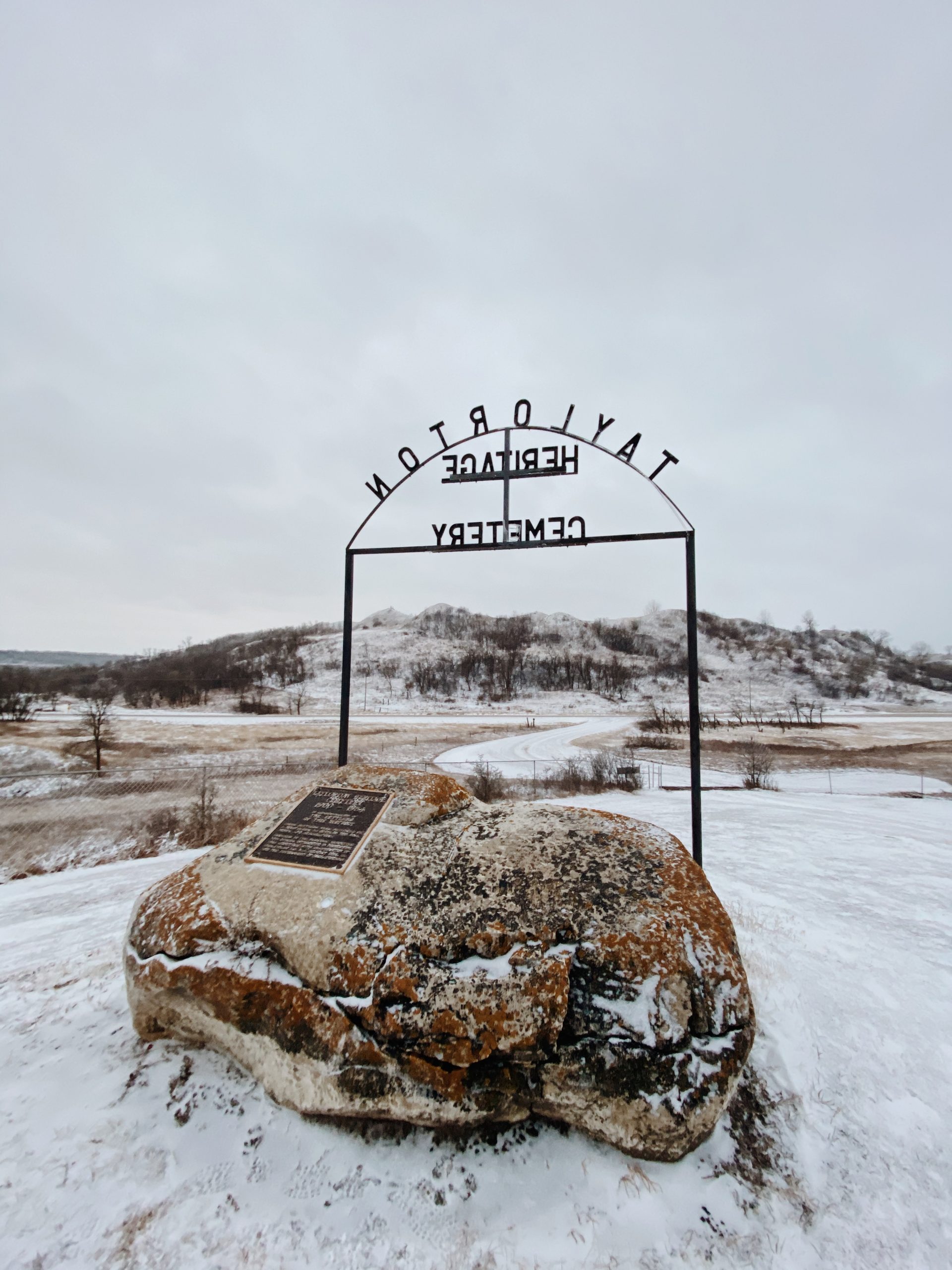 Several tour stops lend themselves well to your own exploration of history. We spent a fair amount of time in the Heritage Cemetery near Roche Percee examining names, dates and wondering about the lives of these early settlers. Walking around the sites of the Woodend detachment lead you to contemplate what the area would have been like at the turn of the century.

Local music wasn’t something I was expecting and it was such a fun surprise! Parts of the tour link songs written about local history by the band Hook & Nail. I’m embarrassed to say that I’ve heard of them before but hadn’t listened to any of their music until the tour but both Blackburn and I became fans. Locomotive Johnny tells the story of one of the drivers of the 100-ton locomotive built in 1944 that was used as the yard switcher at the mine. The other song “Ghosts of Taylorton” is the title track of their album and expands on the folklore relayed in the tour narration. The sun was fading as we passed this site and listened to the song, which if I had to describe in one word, was “haunting”. It 100% enhanced the experience of the tour and brought the story to life. My co-pilot searched out the rest of their record and we listened to it between tour stops and were so pleased to hear so many lyrics about local history and about life in the prairies.

To further set yourself up for the tour you could download Spotify if you don’t already have it on your phone as that is service used to provide links to the songs. If you don’t want to use Spotify you can search the songs up on your preferred streaming service. 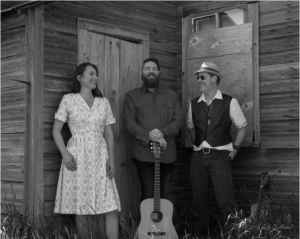 It’s likely no surprise here that we constantly interrupted our conversation in the vehicle with exclamations of “I wonder if we can hike that?”, “Do you think we could launch a kayak here?”, “Look at those deer!”. The tour brings you through such a variety of landscapes. Lookouts over the dam, over rivers and creeks, down into valleys and through the hilly terrain of reclaimed mining land. It was such a scenic drive and we were greeted with loads of wildlife sitings. The Woodend lookout states at the site that it’s an excellent bird watching area. Even though the wind was howling we were not disappointed and were treated to watching 3 bald eagles dip and soar around the water’s edge. The tour points out an area where you can watch for buffalo and though we didn’t see buffalo there we did get to see them earlier in the tour. They may not be wild but they’re still great to see on the prairie. We saw more deer than we could keep track of and the terrain was so diverse that we were never bored driving between tour stops. 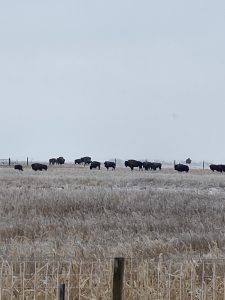 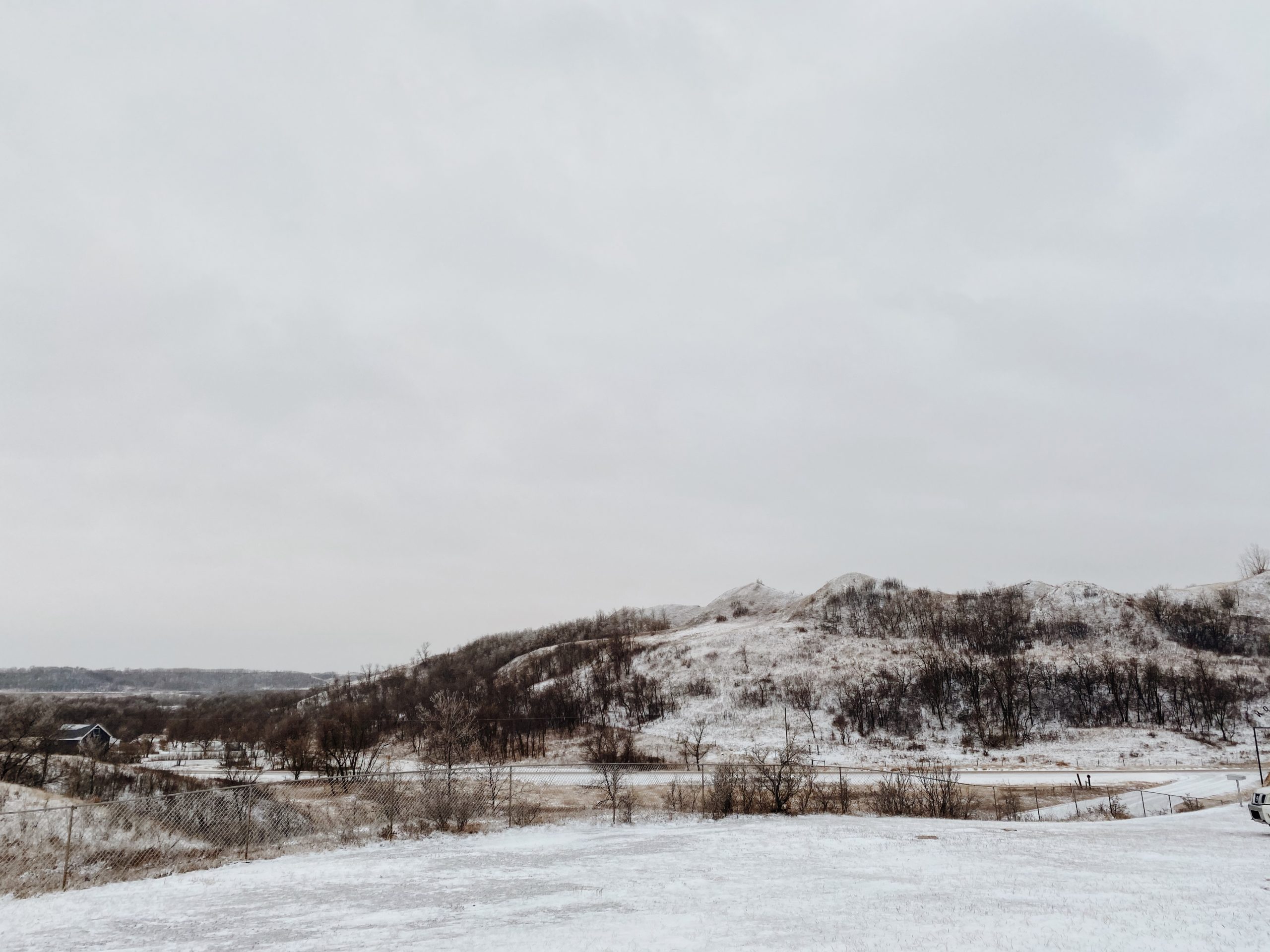 All in all the tour was such a fantastic way to spend an afternoon. If you were to do the drive without any stops it would likely take about 1.5 hours. We of course did all the stops and explored wherever we could so it took us 3.5 hours. I can’t wait to take my family on the tour as well and I think it’d be fun to do it each season to see how the landscape changes. On top of a great experience this tour has deepened my understanding of the area and I’m grateful for that added insight into the place we call home.