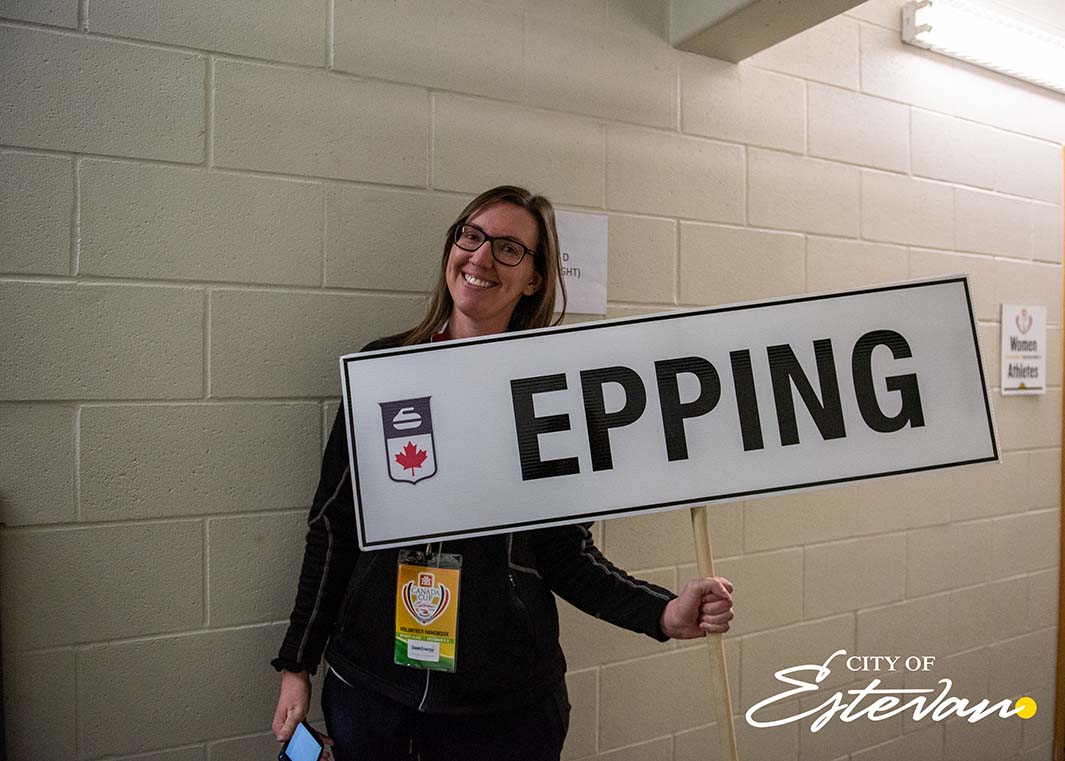 Anytime curling is on television I tune in, so being that it was happening in my hometown I took advantage of the opportunity to see a world class event. From December 5-9, 2018, Estevan hosted the Home Hardware Canada Cup, I decided to volunteer for the event because I thought it would be a nice way to interact with people and watch some curling. It ended up being a terrific way to meet people, make new friends and talk to old ones but, I watched minimal curling. 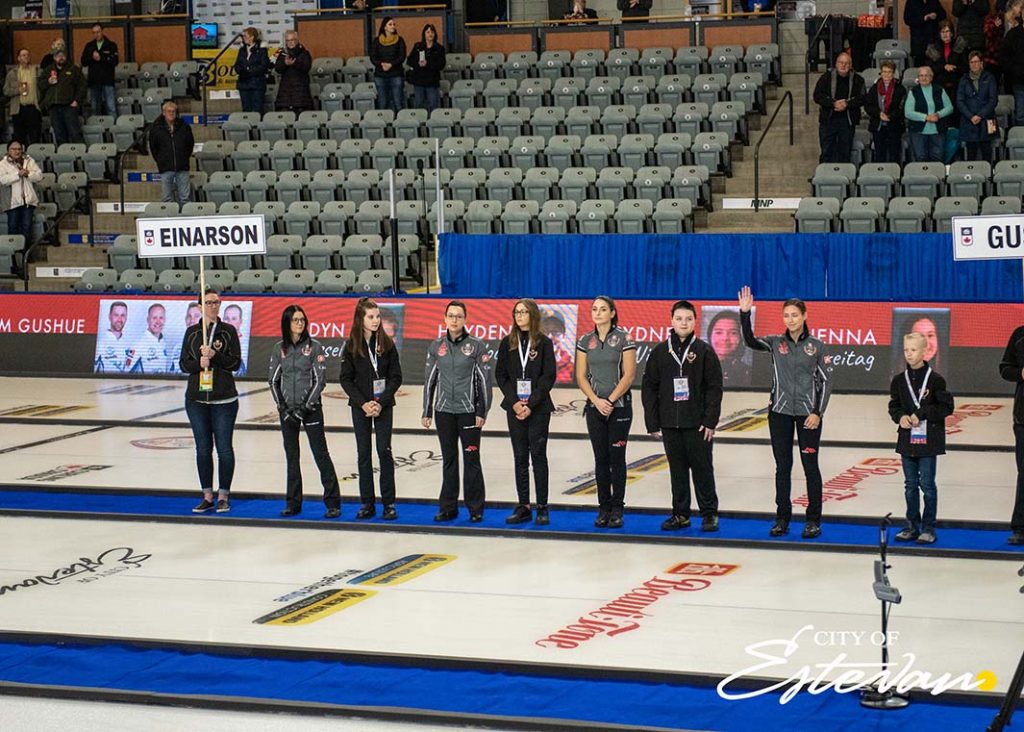 My volunteer posts were not on the ice surface as I had hoped, however, I did get the opportunity to lead two teams out for the introductions. That experience is memory I will hold near and dear to my heart for a lifetime. 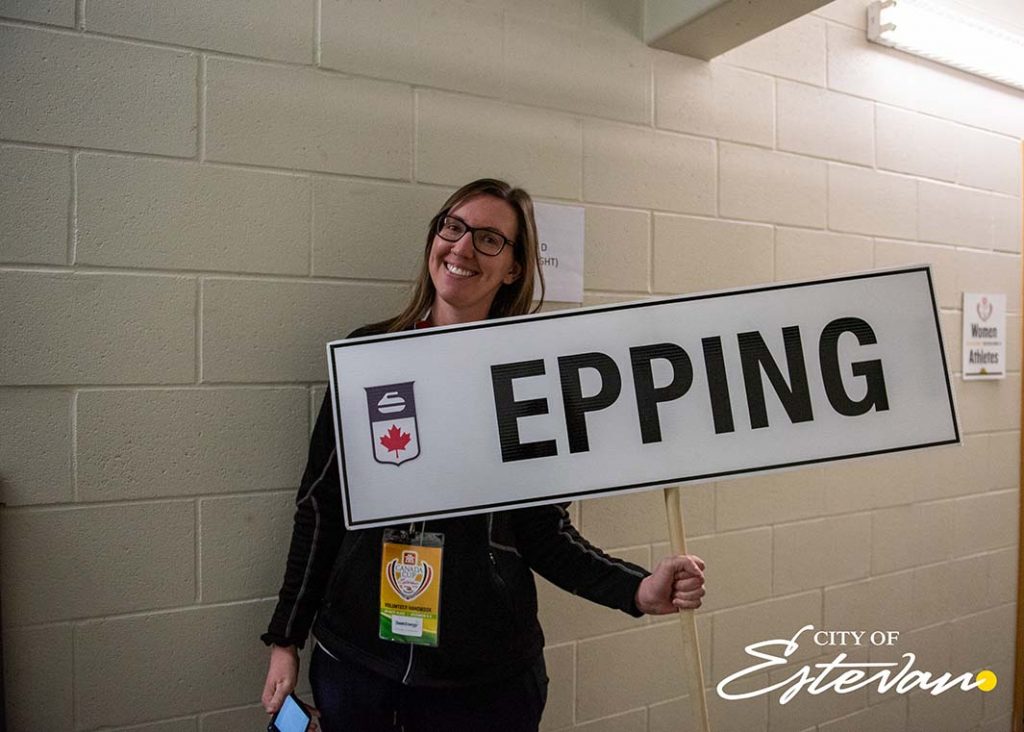 While waiting in the corridor, to bring Team Epping to the ice surface, the team was staying loose by playing a stopwatch game. Start then stop, fastest time won. As in, the person able to hit start then stop the fastest won. The friendly competition prompted Team Einarson to get involved. At that point I really wanted to ask someone to fetch me a watch because I wanted in, but it was time for the actual game to start so we quickly regrouped and made our way out onto the ice.

That day I vowed to not only practice curling, so I could look as cool as they do out there, but also to get a stopwatch in case I run into them again. Maybe I’ll have an easier time beating them at the stopwatch game versus the game of curling. Maybe I’m a natural and I find that out when I go to the Estevan Curling Club for my first practice, they have a terrific program that caters to all skill levels. If you’re interested in watching more curling there is a U15 & U18 Bonspiel, January 18-19, 2019 in Estevan, SK.