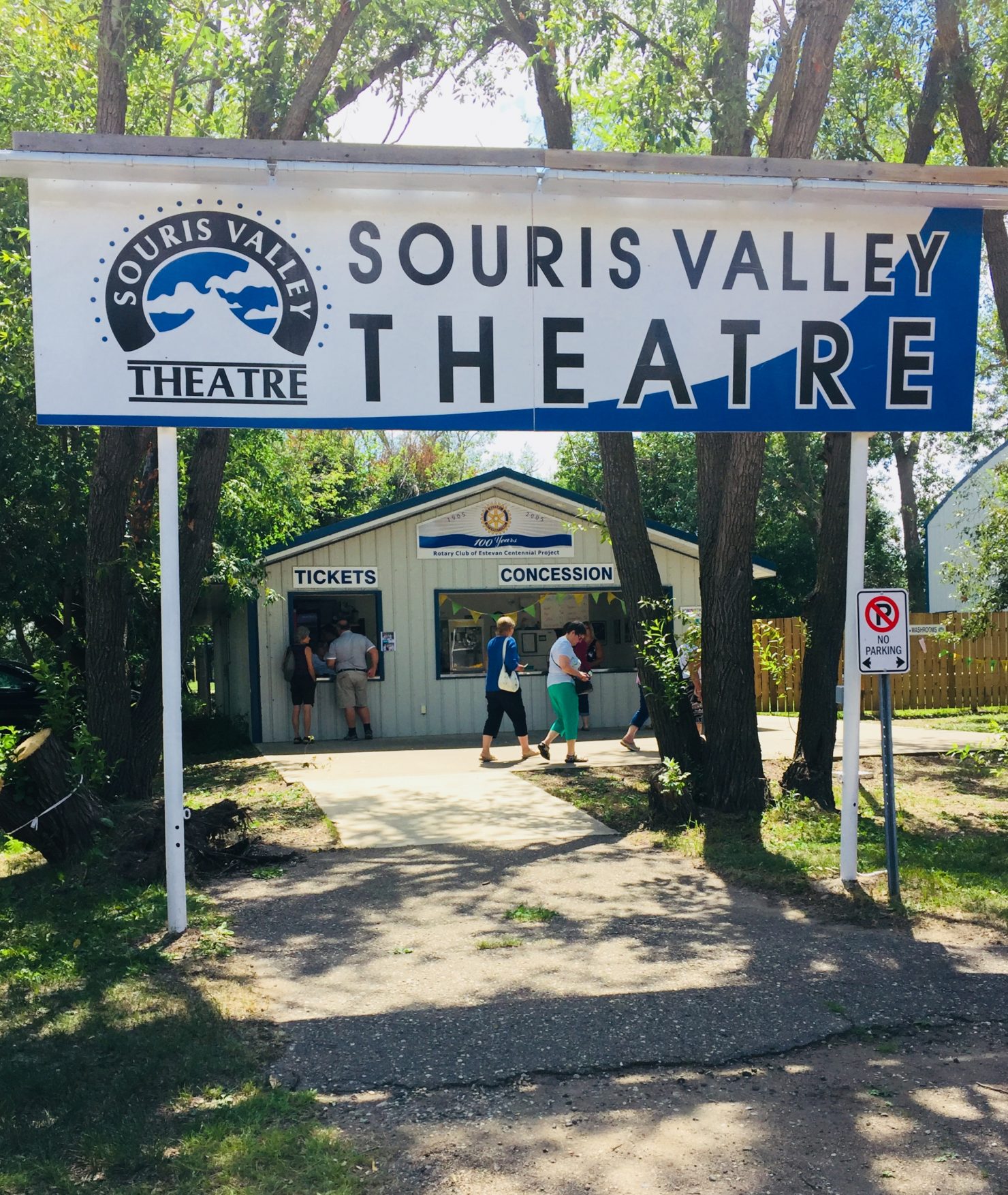 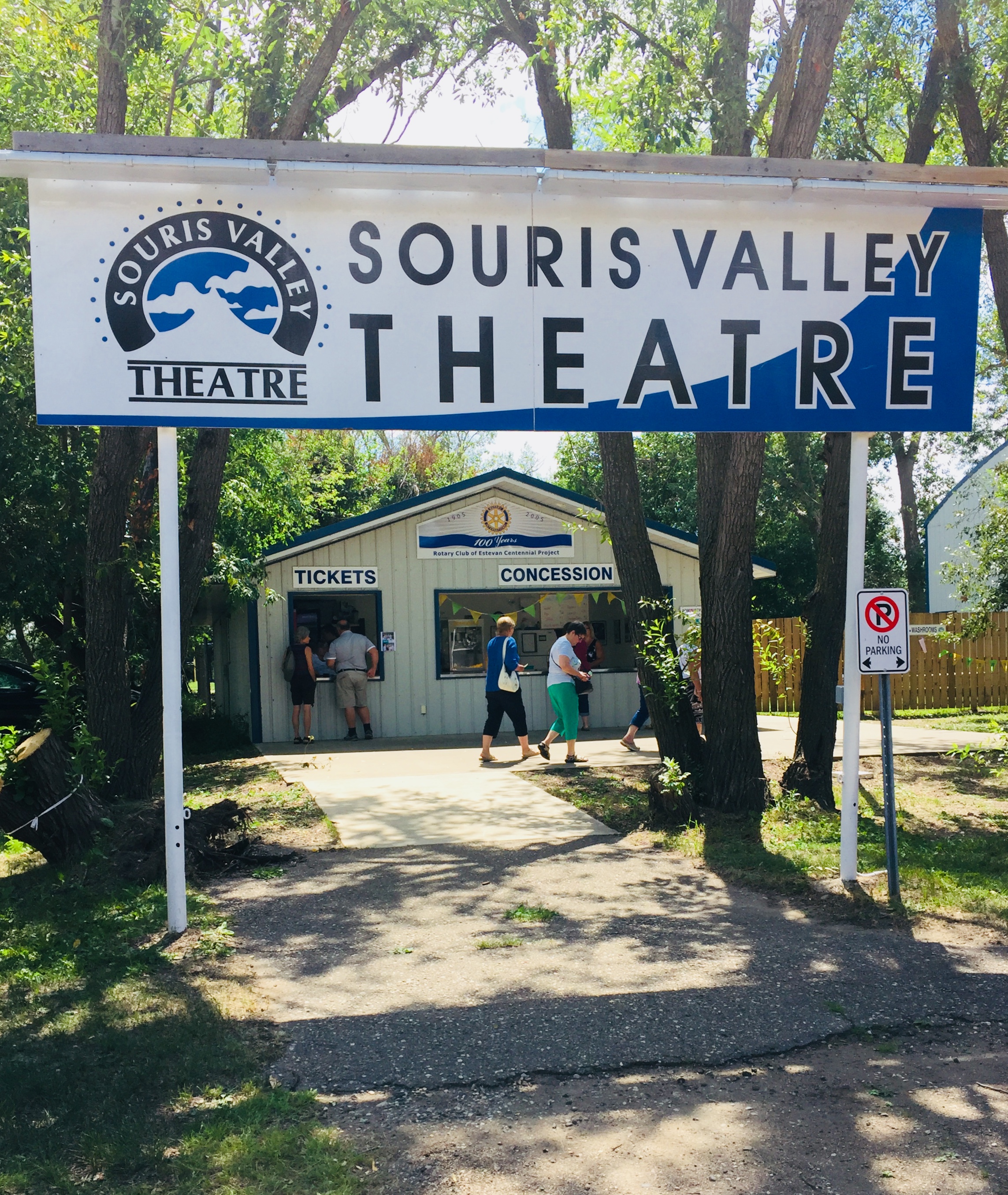 So, I have to admit, this was my first time seeing a Souris Valley Theatre show! I had no idea what to expect! Michaella and I had the pleasure of seeing the live comedy Homecoming at the Souris Valley Theatre at their matinee show on July 19th. I made sure to get a picture by their sign! 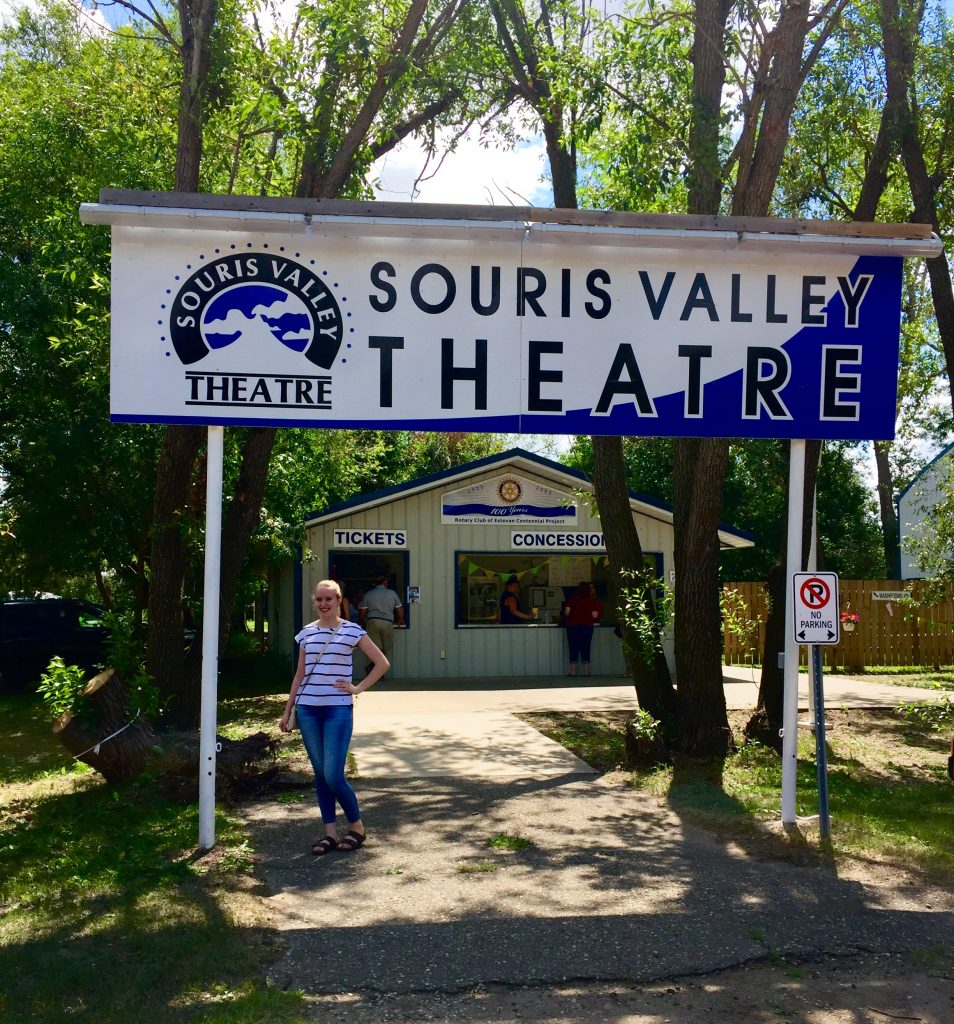 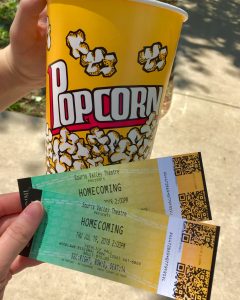 First, we got our tickets and then we had to stop by their concession to get some snacks for the show! The concession has a variety of different refreshments and snacks to choose from. We made sure to get some popcorn!

We got our programs and then headed into the theatre and found our seats! I took a video of the inside of the theatre and the opening set! It was a lot bigger than I expected! I could tell a lot of thought and work went into creating the set. 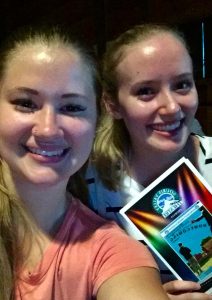 We had to get a selfie with the program! Proof of my first time at the show! 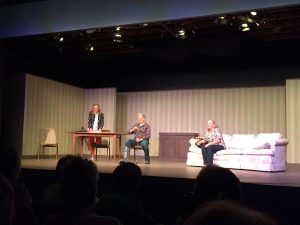 The show started shortly after and we were in for a treat! The show was a comedy that was written by Leeann Minogue and directed by Mark Claxton. The play centered around a father named Jerry who was starting retirement and was dealing with the stresses of handing over the family farm to his son.

Overall, I had a great experience at the Souris Valley Theatre and I hope to return soon! Their next upcoming performance is a new musical comedy called Pirate Heart written by local playwright Maureen Ulrich! It starts August 8th so be sure to go check it out!

My name is Lorin Fichter and this is my second summer working for Estevan Tourism. I grew up in Estevan but now attend the University of Saskatchewan in Saskatoon where I study Kinesiology. I am planning to finish my degree and then continue school to get my masters in Physiotherapy.