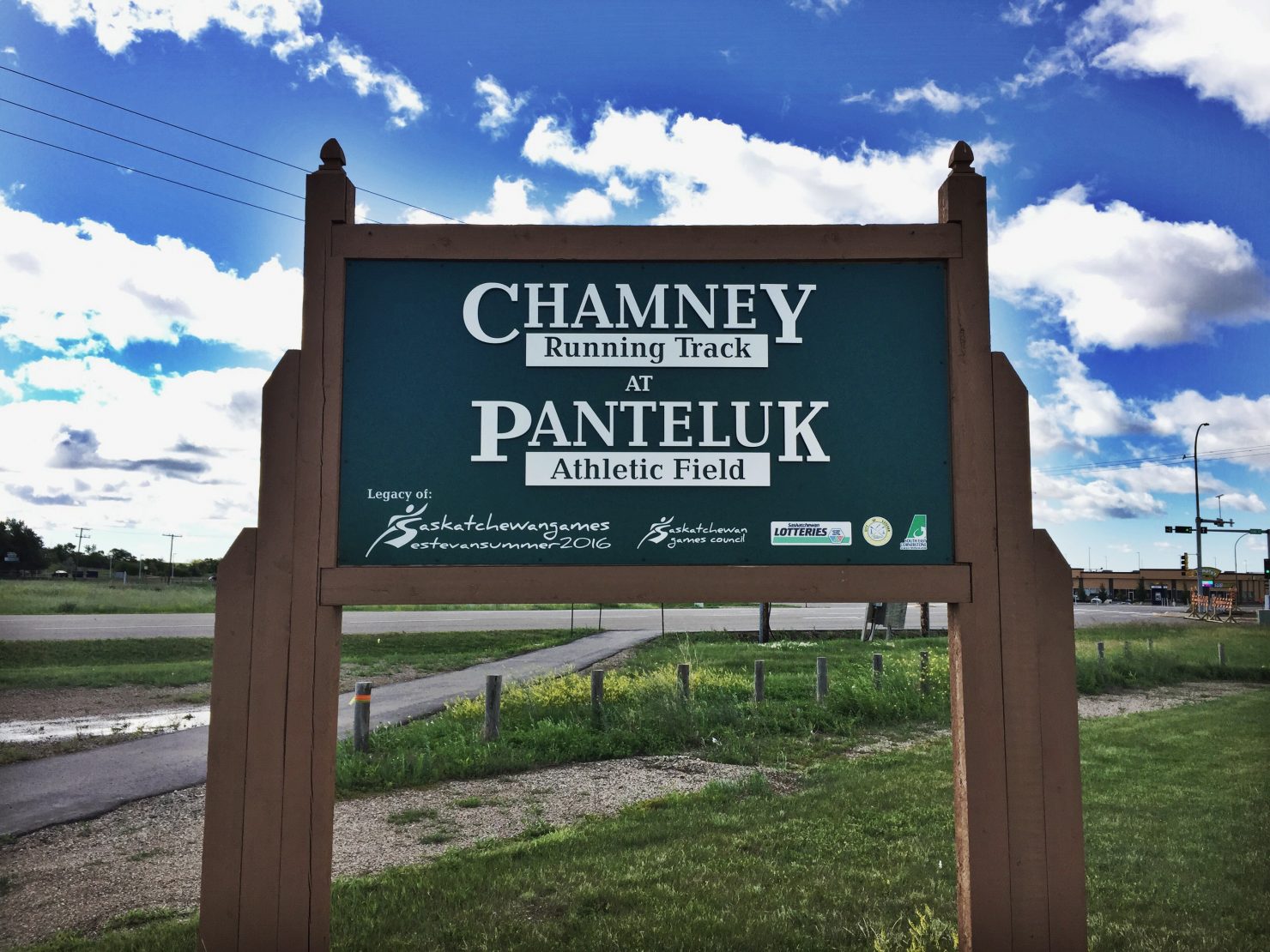 On a windy Wednesday morning I had the pleasure of visiting the Chamney Running Track at the Panteluk Athletic Field. This track is one of the newest running tracks in Saskatchewan that was installed for the 2016 Summer Games which was hosted here in Estevan. It’s amazing to run or walk on in the warmer months. Everyone can use the track including individuals of any age and fitness level!

A panorama of the Chamney Running Track

I had the honour of joining the Senior Girls Provincial Athlete of the Year (who also happens to be my sister) Morgan Fichter! She won this award (officially known as the Aggregate Award) because she was the female athlete who scored the most overall points in the province at Track & Field Provincials. Some of her highlights include: gold in the triple jump, silver in the 100m dash, and bronze in the 4x100m relay. She also had two more top eight finishes in long jump and the 200m dash. I thought I would join her today to expand my knowledge, specifically on sprinting. 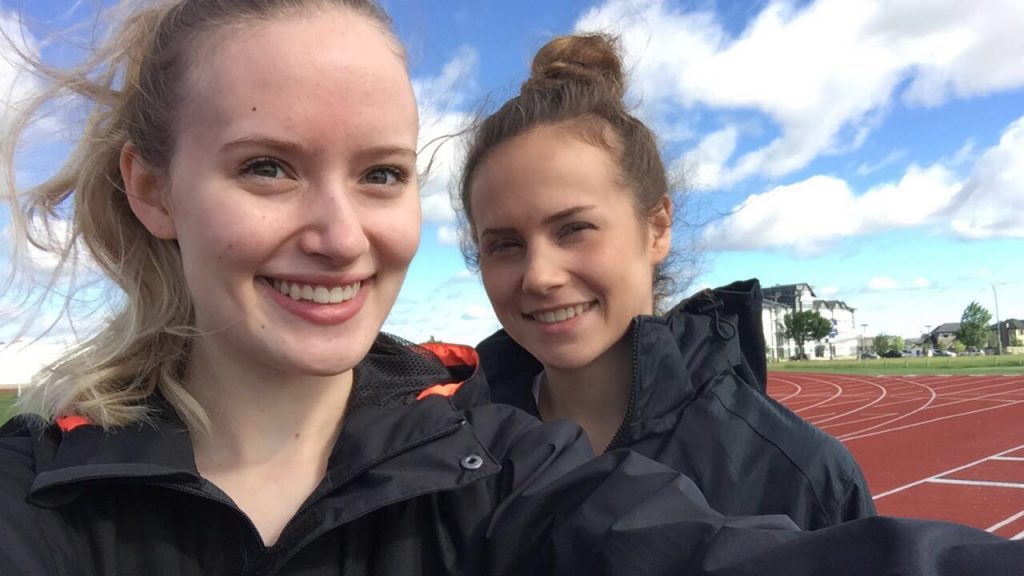 Morgan and I! Can you tell it was a bit windy?

First, we started with some stretches to warm up our bodies so we didn’t leave with any injuries! See the collage of Morgan demonstrating some sprinting stretches below! 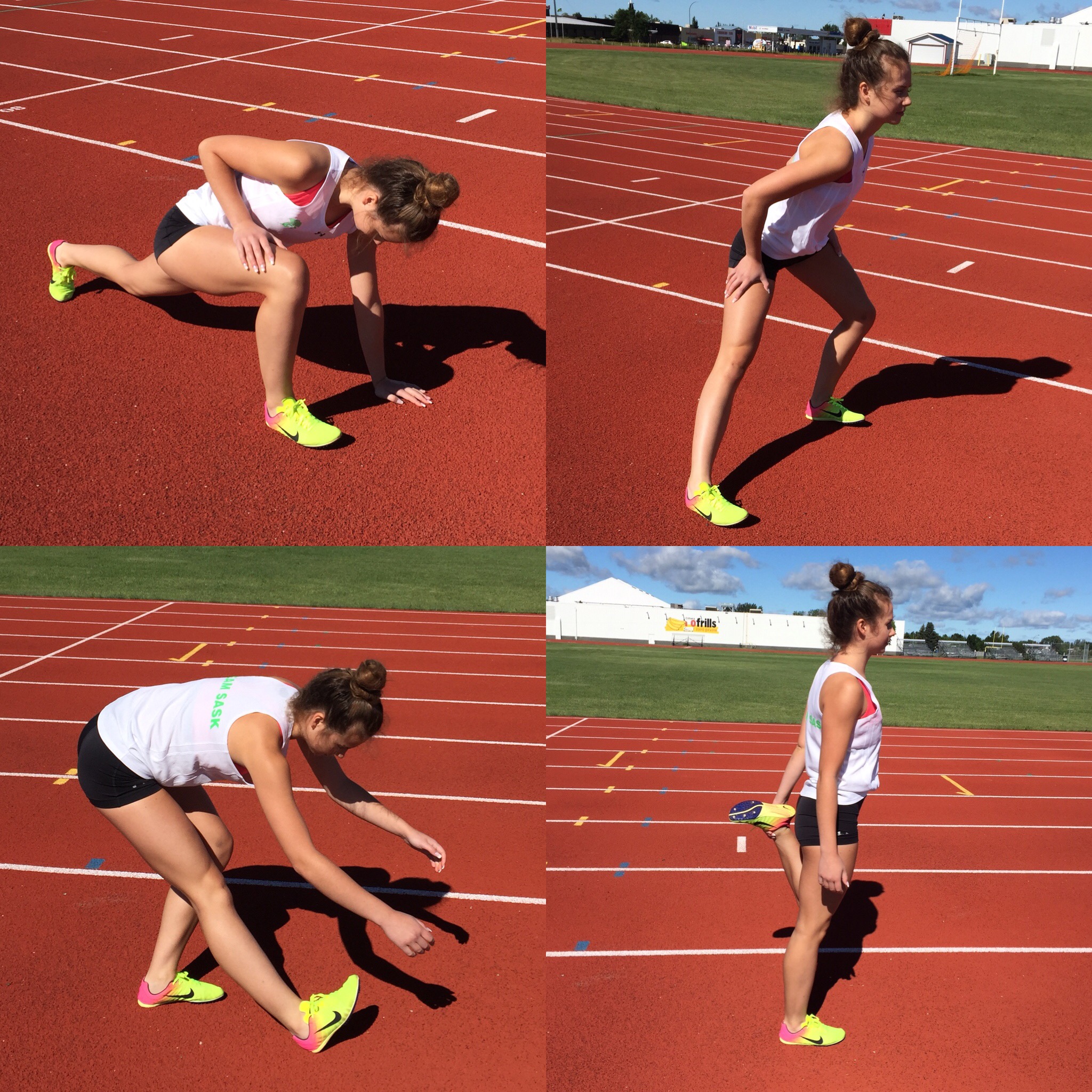 I wanted to learn how to start a race, and Morgan decided to teach me how to do a three-point start which is how you start a sprint if you’re not using starting blocks which is generally during a practice. (I’m obviously just a beginner so I thought this was the best idea 🙂 ) If you’re using blocks it is then known as a block start. In the first part of the picture Morgan is in the “runners on your marks” position, and in the second half she in the “set” position with her one arm raised in the air. After the “set” position when “go” is announced the sprinters start the race beginning with what is called the drive phase. I also included a video of Morgan demonstrating the start in slow motion. 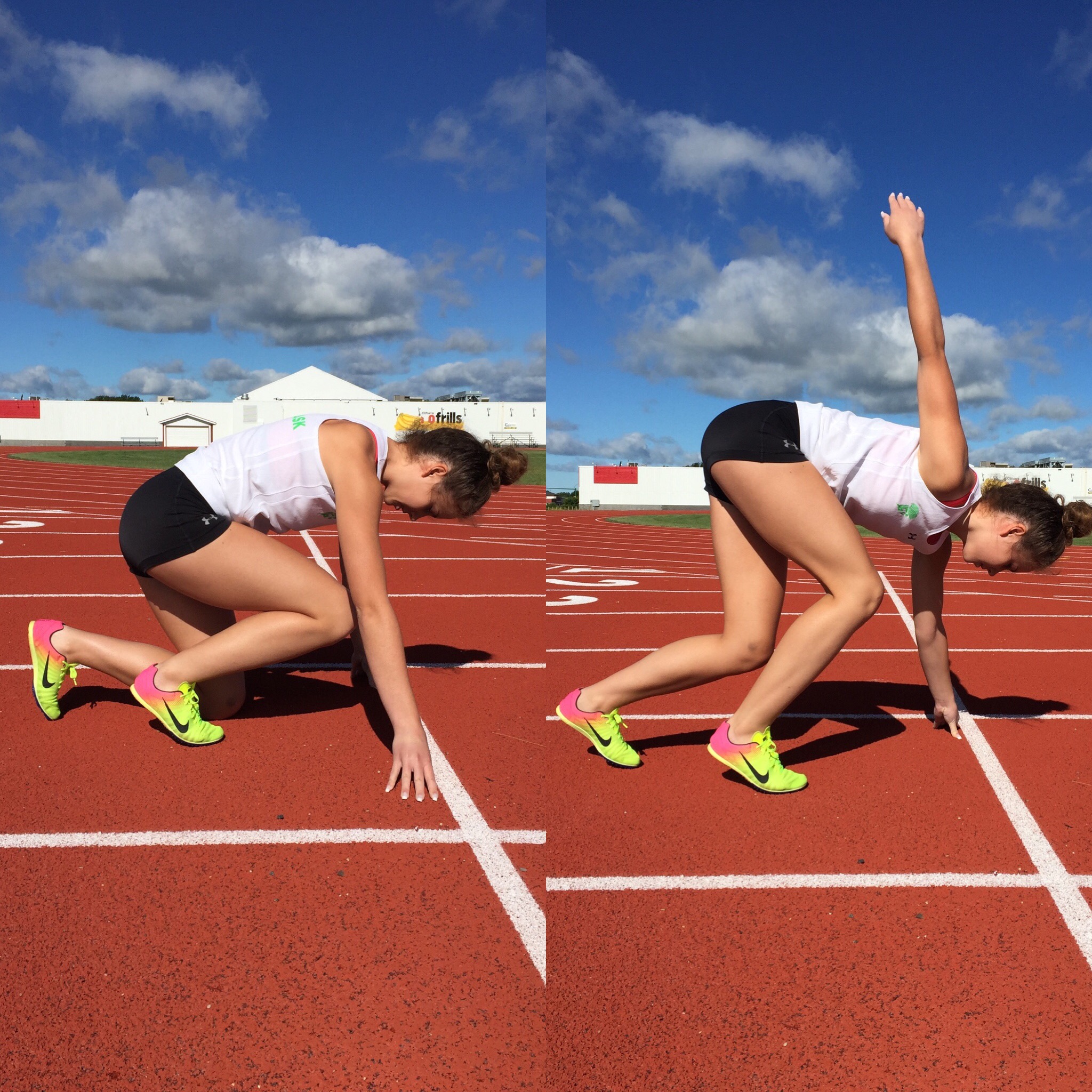 Morgan demonstrating the “runners on your marks” and “set” positions

Now it was time for her to teach me the positions! Let me tell you, it was harder to get into the right position than I thought! I seemed to struggle getting the positions right at the start, but I kept practicing and Morgan told me I was progressively improving. Some pointers she gave me was to keep my arms right under my body in the “runners on your mark position” and to keep my body in a more crouched form in the “set” position. Watch the video of me being taught below!

Next, I got her to show me the proper sprinting form during the middle of a sprint. Watch the short slow-motion clip of her below! I seemed to have “accidentally lost” the footage of my attempt at sprinting, so we’ll just include the video of the expert ;). I really need to keep practicing my sprint form!!!

Overall, it was a great morning at the track that I got to spend with an amazing athlete, but more importantly my amazing sister. Thanks so much for teaching me Morgan, and I know you’ll kill it next year on the track team in Toronto.