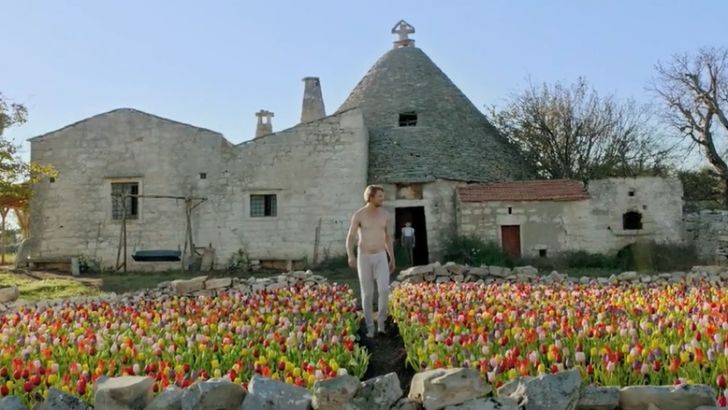 Tulipani is the next film being presented by the Energy City Film Circuit and the Orpheum Theatre.

A wonderfully woolly tale of rediscovering one’s roots — and rectifying a decades-old wrongdoing in the process — Tulipani: Love, Honour and a Bicycle has more fantastic twists than its title has nouns. It’s 1980, and young Montrealer Anna is embarking on what will prove to be a life-altering adventure. It was her mother’s dying wish to have her ashes returned to her hometown in Italy, and Anna finds the people of Puglia waiting with open arms and flapping gums. Her mother’s old friend Immacolata is a particularly gifted storyteller with a penchant for exaggeration, sometimes fudging the details but somehow getting everyone closer to the heart of things. She tells stories of how Anna’s father, Gauke, biked from the Netherlands to Italy, introduced Dutch irrigation practices to Puglia, forged a successful enterprise growing and selling tulips, and bravely faced off armed extortionists with blistering kung-fu moves. Immacolata also makes other, more sombre claims, ones that will shake up Anna’s entire sense of identity and prompt her to settle some old scores on her parents’ behalf. Bursting with colour and romance and teeming with charming performances, Tulipani: Love, Honour and a Bicycle is a story about travelling far and wide to ascertain who you are, and about the joys and consolations of storytelling itself.