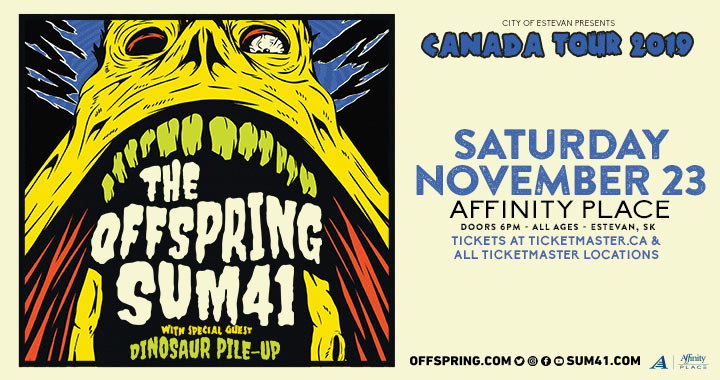 The Offspring and SUM 41

The OFFSPRING + SUM 41 at Affinity Place

Tickets on Sale August 23rd at 10am local time