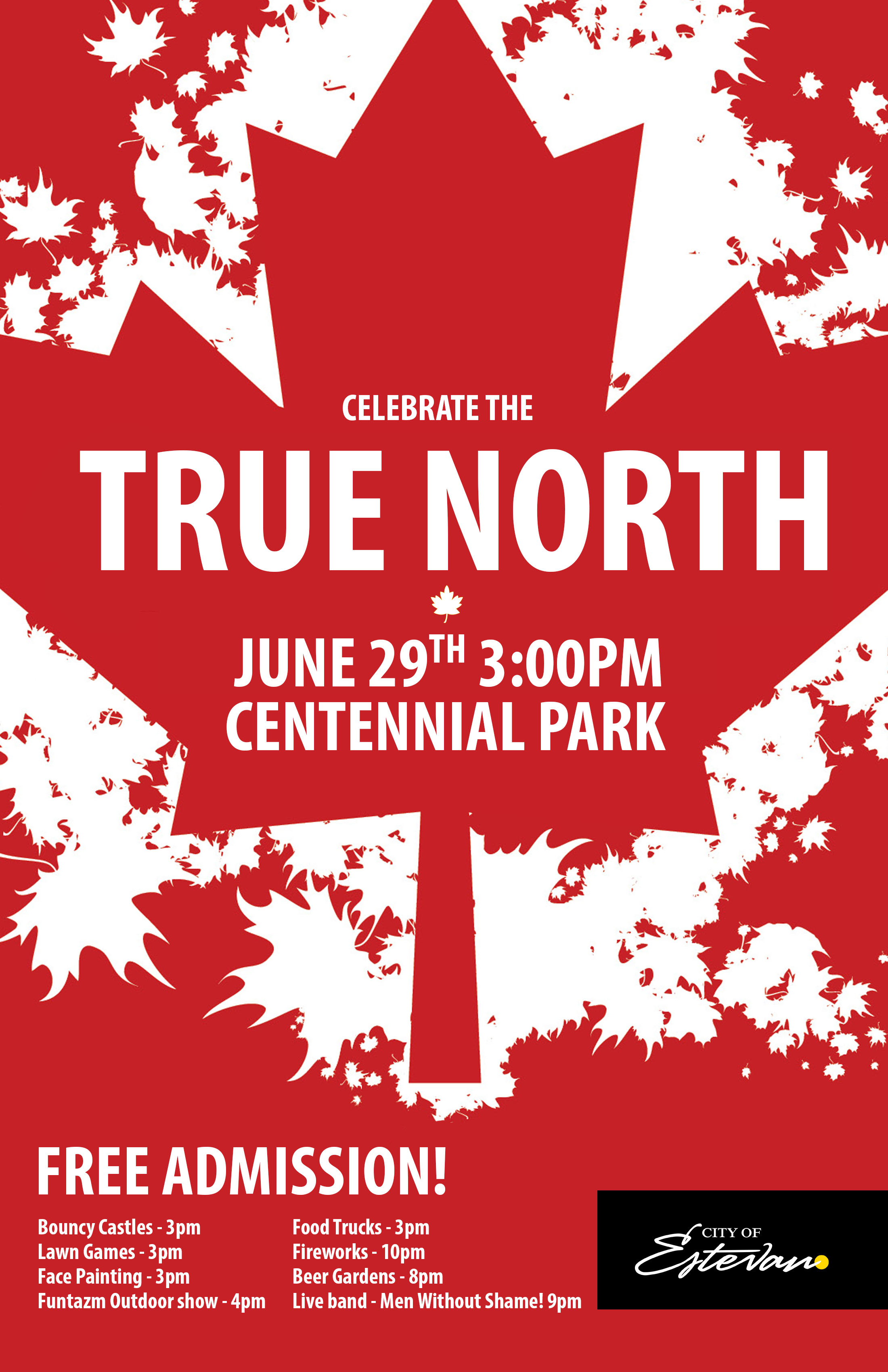 There will be children’s entertainment, games, live band and a beer garden.

There are no admission fees.

The day will start at Centennial Park (in the same space as the Water tower) at 3pm until 8pm with a children’s entertainer, Funtazm, doing face painting and an audience interactive science show from 3pm-5pm. Bouncy castles, cotton candy, lawn games, a reverse dunk tank and many other games will be held in the area. Emergency Services, including Estevan Police Services as well as Estevan Fire & Rescue will be in attendance. Fire Trucks and Police Cruisers will be on display, including the TX Ariel truck and the K9 Unit and CWET Unit. (Containment and Warrant Entry Team)

There will be a FREE swim at the RM of Estevan Aquatic Centre from 6pm to 9pm. Come and wander through, play some games and celebrate Canada’s Birthday.

In the evening there will be a live band, Men without Shame, starting at 9pm. As well as, beer gardens that will open at 8pm in the Power Dodge Curling Centre. Fireworks will be held around 10pm with the flag rising, singing of Oh Canada and Happy Birthday followed by birthday cake.