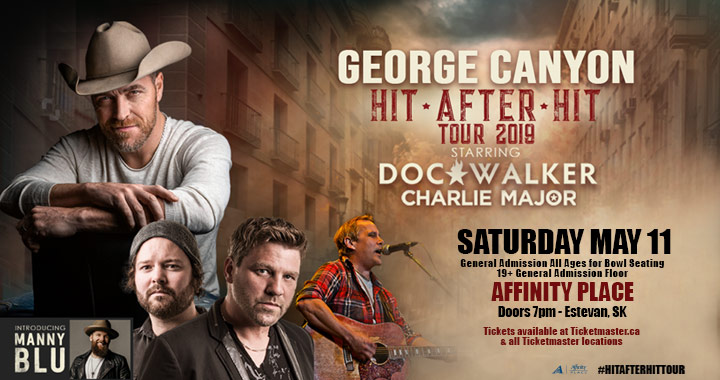 Estevan, SK –  Saturday night will be an epic affair for people attending the George Canyon – Hit after Hit tour at Affinity Place. A Tailgate party to celebrate the occasion will start at 5:00 pm on Saturday, May 11th in the Multi Purpose Room next to Affinity Place.

Canyon rose to one of Canada’s hottest country music stars in the 2000s and has won many awards in the country music industry. He is known for hits such as; Just Like You, Drinkin’ Thinkin’ and I Believe in Angels. Joining him will be Doc Walker, Charlie Major and Manny Blu who have also received many accolades such as; single of the year, CMT Video of the year and Juno awards.