City Council would like to inform the public that due to the inability for the City to get adequate insurance coverage, a decision has been made to put out a Request For Proposal for the full decommissioning of the Civic Auditorium.

A full timeline of how the events over the past year have unfolded can be found here. If there are any questions please contact Mayor Roy Ludwig, or City Manager Jeff Ward. 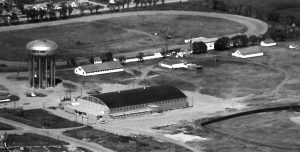 The Civic Auditorium was officially opened on September 26th, 1957.

History was made at the Civic; Jim Harrison holds the WHL record for fastest natural hat trick, having scored 3 goals in 24 seconds for the Estevan Bruins during a 6-5 win over the Regina Pats in December 1966.